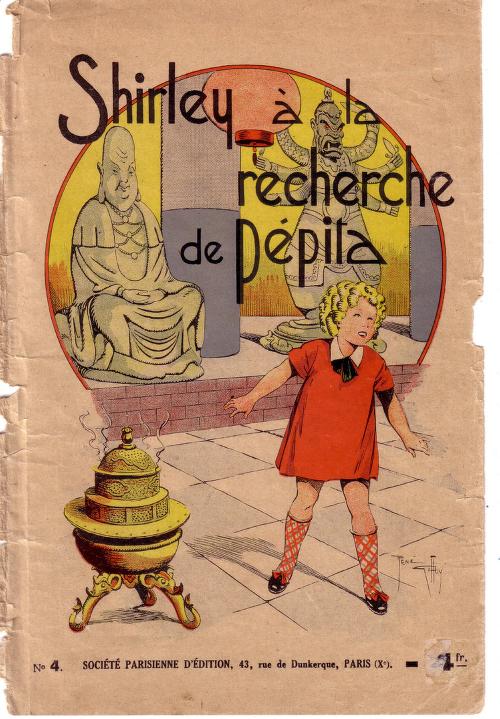 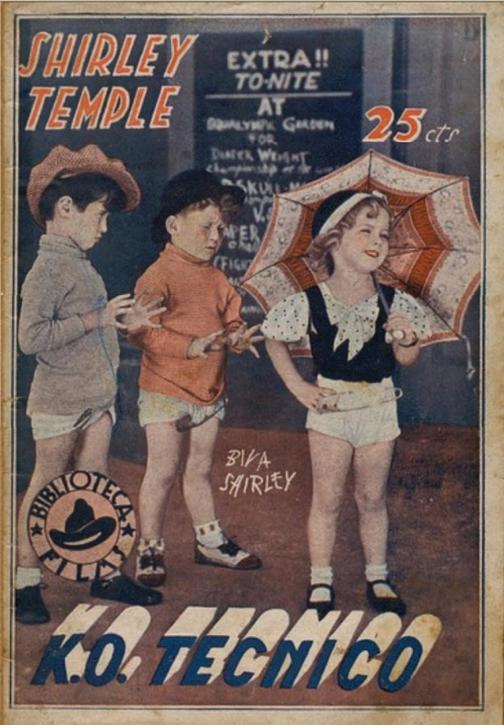 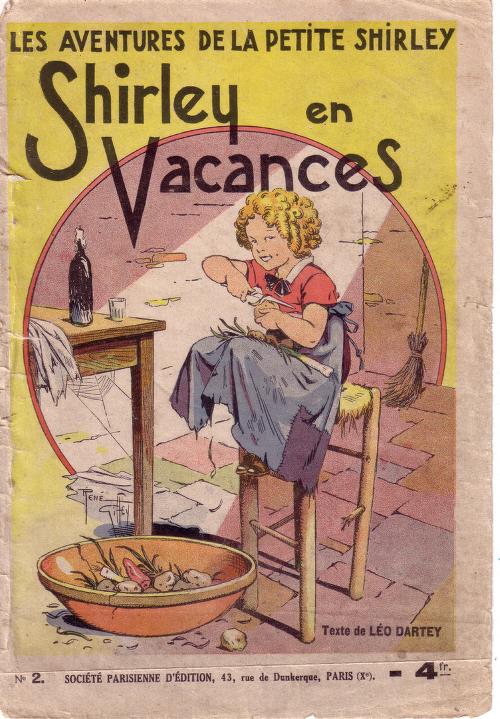 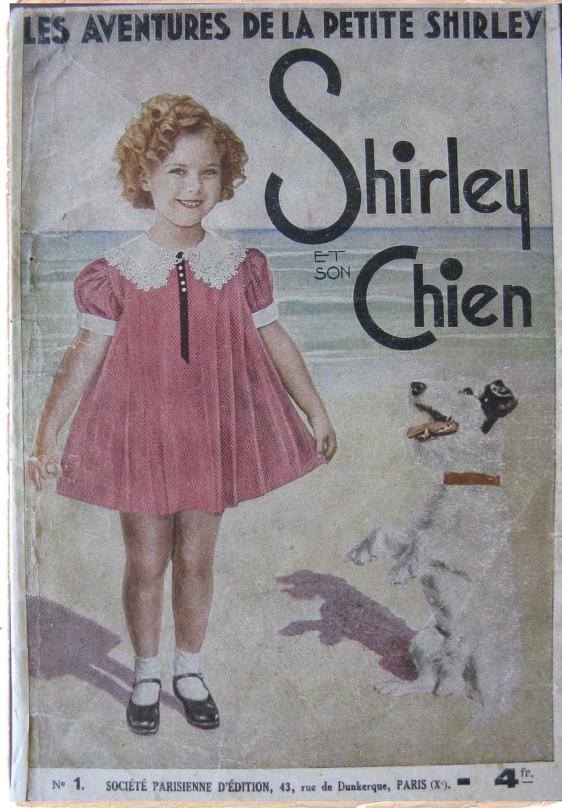 In March 1933 you could see the biggest movie opening of all..KING KONG and with it a short called KID IN HOLLYWOOD starring SHIRLEY TEMPLE..the studio that released these short films was called Educational Pictures (the spice of the program) and they were set to make a lot of money in the coming years..but by the end of 1933..Educational’s creditors, led by Chase Bank and Electrical Research Products, Inc., stepped in to restructure the company. Educational was required to close all of its exchanges... and assets liquidated..(Shirley Temples father bought out her contract for $25).. forced into a  merger with the Fox Film Corporation..the company still had to release new short films..to help cover the costs..they wanted to sell rights to their films for use in comics..FOX forbid any comic book versions in the United States (the only way to see Shirley Temple was in a theater.. they said..)..but FOX did let them sell the rights overseas..and so the very short time of the SHIRLEY TEMPLE COMICS began..in Barcelona Spain a company called Biblioteca Films (selling movie adaptions from most of the big studios since the silent movie era)..started making small books adapted from the first Shirley Temple film series..the first being  BESO DE LA GLORIA aka WAR BABIES..this was followed by K.O. TECNICO aka KIDS LAST FIGHT.

Biblioteca Films later published real comics in newspapers called Shirley Temple Pranks (La alegría infantil)
at the end of the 1930s
In 1935 the French kids paper Fillette (publishing since the 1800s) ...a large mix of  comics..  changed their name to FILLETTE LE JOURNAL DE SHIRLEY and inside every issue till the end of the 1930s.. was color and black and white episodes of
Les aventures de la petite Shirley

(The Adventures of Little Shirley)
..these comics were very serious in tone..not including the beginning and end of the stories..that usually had Shirley sneaking on to a ship or airplane while the adults chase her.

..as a side note.. Shirley was not alone.. also in this paper for girls was Betty Boop,Mickey Mouse and "Peter Pupp" ( "Bobby Dog"), Its author, Bob Kane  become famous later by creating (with  Bill Finger) the famous bat vigilante Batman in Detective Comics.
Later.. Fillette published albums of Shirley Temple comics (reprints of old episodes)
some of these titles were..
Shirley et son chien
Shirley en vacances
Shirley à la recherche de Pépita
the last few had the same title
Almanach de Shirley (featured less shirley temple and more reprints of other comics from Fillette)
..the last being published
with Shirley and Mickey Mouse on the cover
the last original comics can be dated back to 1938..after the reprint volumes of the 1940s 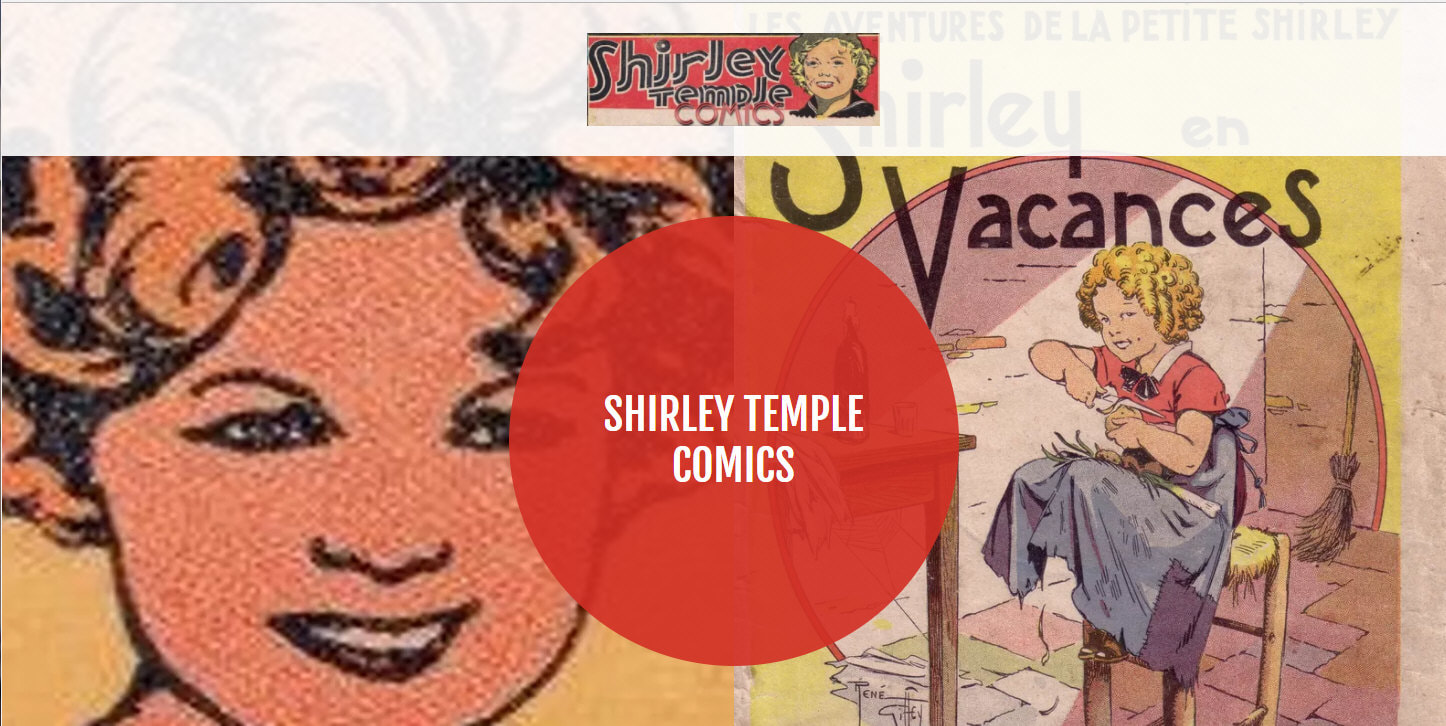